From the District Chair:

I’m excited!! Are you excited?!?  This is the start of the Scouting year in our newly formed QUINNIPIAC DISTRICT!  We certainly continue to need more volunteers and more youth but that is a work in progress.  I’d like to share a story:

This is a story about George Washington 1st President of The United States.  It is a strong example of servant leadership in practice.  One rainy day during the American Revolutionary War, George Washington rode up to a group of soldiers attempting to raise a wooded beam to a high position. The corporal in charge was shouting encouragement, but the soldiers couldn’t get the beam in position. After watching their lack of success, Washington asked the corporal why he didn’t join in and help, to which the corporal replied, “don’t you realize that I am the corporal?” Very politely, General Washington replied” I beg your pardon, Mr. Corporal, I did”. Washington dismounted his horse and went to work with the soldiers to get the oak beam in position.  As they finished, General Washington was wiped perspiration from his face, and said “If you should need help again, call on Washington, your commander-in-chief, and I will come”

True servant leadership occurs when leaders follow Washington’s example and assume the position of servant in relationships with fellow Scouts, Classmates, Teammates or Friends, focusing on the needs of the follower to add to the greater benefit of the whole

Leadership comes with some perceived power over followers (be it scouts in your troop, classmates at school, or members of a team you are on; so how do we balance that power to ensure we are acting to the benefit of not only our organization, but to better our followers lives as well?

A great quote that I am not certain who said is; “As long as power dominates our thinking about leadership, we cannot move towards a higher standard of leadership. We must place service at the core: for even though power will always be associated with leadership, it has only one legitimate use, service”

In the above example of George Washington, it would have been completely understandable for General Washington to order the corporal into the mud to help his team or even to merely add his voice of encouragement to the soldiers.  It would have been easy for him to say, “I am the commander-in-chief here, do it because I said so”. Instead he did what was necessary to benefit the team and led by example, not because someone was looking, but because it was the right thing to do.  At the end of the day, how do you perceive yourself as a leader?  Do you see yourself as the corporal, encouraging your team to do better and reach the goal, or do you see yourself as George Washington, willing to get your boots dirty, be a servant, and get the job done?

Jump right in and find the place you can best help support the QUINNIPIAC DISTRICT scouts!

Quinnipiac District Chair (at your service!)

From the District Director:

I hope you’ve had a great summer, perhaps enjoying some fun Scouting adventures with your boys and girls!  It’s hard to believe, but we’re now into the start of school and, with that, the beginning of what, I’m sure, will be an exciting new Scouting year!  It’s now, at the beginning of the new school year, that we have our greatest opportunity to reach out to families in our communities, inviting them to join our ranks and get their kids into our programs!

With that, we stand ready to help you and your unit in your efforts to recruit!  We’ll do so in the following ways (all provided to you by the Connecticut Yankee Council, FREE of charge):

What we need from you:

* Remember, despite where your unit meets, that the most successful recruiting events are held at local schools, being places where all are familiar and comfortable.

Please submit this information as soon as possible so that we are able to help you in the most optimal manner.  And be sure to contact Cindy Pepe at cynthia.pepe@scouting.org with flyer requests, letting her know how many you need and by when.

Thanks for all you do for our Scouts, and for working to ensure that all young people have the opportunity to join in the fun and adventure of Scouting!

It’s an exciting time to be in Scouting! With our move to serve the entire family boys and girls alike we have a chance to reach an entire new generation with our amazing programs. While there are many things to consider, perhaps the most important are the relationships we forge with our chartered organizations. We simply cannot serve youth without their sponsorship and support. It is critical that you meet with your chartered organizations to inform them of the changes facing our organization, and inspire them to join us on this journey. We must remind them of the benefits of Scouting to their communities and to their organizations. Your relationships, your connections and your ability to work with religious organizations, clubs, and community organizations make Scouting possible.

All of us know our programs have a tremendous impact on the youth we serve, on families and the communities they reside in. But how can we make it better? How do we find more volunteers?  How do we make sure girls feel welcome in our programs? How do we make sure boys still feel valued? How do we reach more people in religions that we don’t currently serve well? How do we relate to ethnic populations that we aren’t reaching?  How do we show compassion for kids who are struggling with their sexual orientation?  How do we do a better job serving the low-income community?  Its time we don’t do the same old, we need to take risks and think out side of the box. With your help we can make a real difference in our communities through Scouting.

So please join me on the Membership committee and be part of the team that makes a difference and helps all of us grow the best youth program in the country. Please reach out to me directly with your ideas and thoughts at romaldasm@aol.com  I’m looking forward on talking with you!

Thank you to the units that have had Friends of Scouting (FOS) presentations so far in 2019.

For those units that have not yet had a presentation, please take the time to schedule one as your unit committee meets this month to make plans for the upcoming year.  We would like to have all 2019 FOS presentations completed by no later than the middle of October.

Every family should be given the opportunity to decide if they would like to make a charitable contribution to this vital fundraising campaign.  This is particularly important for families that are new to Scouting that have not have been introduced to this fundraising effort.

Please contact Bill Yeager at (203) 668-9591 or yeager.redsox@gmail.com as soon as possible to schedule.

Quinnipiac District will host the “November Train-A -Thon” on November 2nd , 2019. This is open to anyone in the council who would like to attend and take in-person training.  Trainings will take place at the CT Yankee Council office , from 9 am to 1 pm ( depending on the class) . The offerings this year will be :
Train the Trainer (fundamentals)
Den Leader Training
SM/ASM Specific
Den Chief Training
COR – Chartered Org. Rep.
We hope to have a great turnout , and hope this will help all units with the re-charter process . Look for further info on CT Yankee Website , and maybe an E-Blast . Hope to see you all there !
YIS
Quinnipiac Training Team 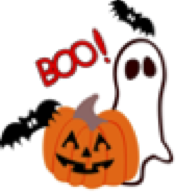 We have several FUN activities for our Cubs to enjoy this Fall .  Check out the Website for details and registration information.

Cub Scout Family Camping. Fall outdoor fun with justa little taste of Halloween. Nothing scary!ALL  packs who wish to attend must participate in the 3-4 planning meetings which are held in Sept. and Oct.  The next meeting will be Wed. Sept. 11th at 6:00 pm at Camp Cedarcrest.

A fun-filled evening of songs, skits, activities, and a campfire snack.   Plans are still in the works but it will  be an evening to remember.  If anyone would like to help with the planning, let us know.

A weekend of bustin’ ghosts and science awaits at the Fall Camporee.