Scouting’s 112-year history has created a legacy that has touched so many families- grandfathers and great grandfathers who were Boy Scouts passing the tradition on to their sons.  But there are families who have embraced Scouting now and may have started the first generation of Scouting in their family for generations to come.

Meet the Neunteufels – Ilka, Peter, Pierce, Merlyn and Taegan who are all part of the Scouting program in the Connecticut Yankee Council and beyond.  Parents, Ilka and Peter emigrated from Eastern Germany to the United States in 1993.  Although Peter had some experience there with a group called the “Young Pioneers”, he did not grow up with Scouting and had no experience with the program.

That changed when their son Pierce, now age 19, was 4 years old.  His pre-kindergarten teacher explained that she didn’t call on Pierce first because he could already read and would ruin the story for the rest of the kids.  That’s when Ilka and Peter knew they needed something more than school to keep him physically and mentally active. “I had to get him into an enrichment program of some kind so that he wouldn’t get bored and act up”, says Ilka, “but I needed something that I didn’t have to organize and plan myself.” 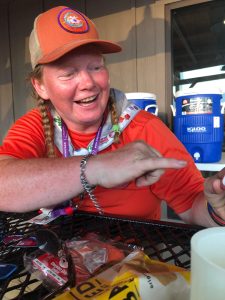 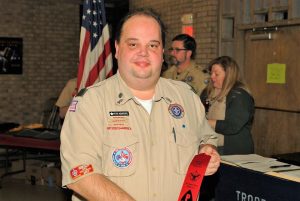 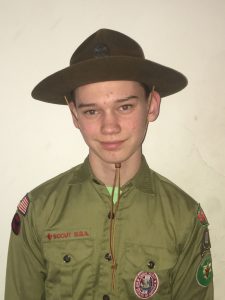 In second grade, Ilka and Pierce went to a Pack 166 Open House in Fairfield.  With her baby daughter on her hip, Ilka was asked by the Cubmaster to be an adult leader.  She agreed and became Den Leader to Pierce’s Pack.  “He used to fight me about wearing his uniform and going to meetings so after reaching his Arrow of Light I thought, I’m done”, says Ilka “But he visited Troop 88 in Fairfield and said he didn’t want to stop.”  His father Peter stepped in to help and became an adult leader.

When their two daughters, Merlyn, now age 16 and Taegan, age 13 became old enough, their mom signed them up for Girls Scouts and Ilka once again became a Troop leader.  When Boy Scouts opened to girls and became Scouts BSA in 2019, the girls signed up immediately.  “Scouts BSA had camping and multi-level leadership roles including different age groups,” explains Ilka, “The Girl Scout Troop we were in was too small for that.”

The Neunteufels didn’t stop at Scouts BSA and Girl Scouts.  When the honor society of Scouting, Order of the Arrow (OA) opened to girls, Merlyn was one of the first girls elected where she now serves as Vice Chief of Administration and as a “Brotherhood Member”. 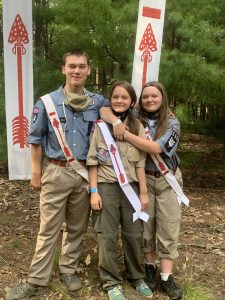 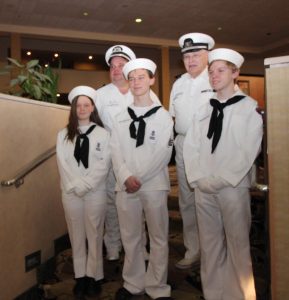 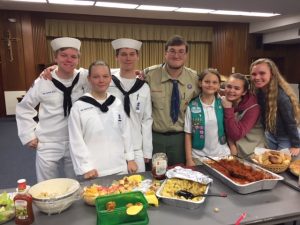 She also joined Sea Scout Ship 110 and Venturing Crew in the Housatonic Council where she serves as President of Territory 11 within the New England Transatlantic Council, helping to get councils’ Venturing programs back on track .  She’s on the senior staff of National Youth Leadership Training (NYLT) this summer and is working with another Scout in Bridgeport to create a leadership training course combining Crew, Ship, and Troop skills in one.

Taegan is also part of Troop 188 in Fairfield and a Venturing Crew.  She’s the Chapter Chief of the Pomperaug District’s OA, the Boatswain Maid of Administration for Ship 110 out of Captain’s Cove Marina in Bridgeport and is already a Life Scout.

Scouting has made a “big impact” on the kids’ lives, says Ilka.  She describes Merlyn as a “wall-flower” before the leadership training in Scouting gave her a push.  “Now she’s outgoing,” says Ilka.  Scouting helped her kids “Get focused on their work and what they need to do.”  When asked if she thought her future grandchildren would be involved in Scouting Ilke commented, “My kids see what it did for them. They have a choice to work toward a goal or not.  It’s a road you can follow.” 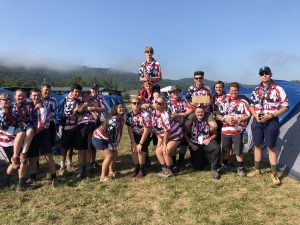 Pierce is an Eagle Scout and attends graduate school at Pace University in New York. His focus is on law.  Merlyn was accepted into her first-choice school, University of Miami, Florida where she will enter their pre-med program.  Merlyn dreams of becoming a heart surgeon.  Taegan is an honor student going into her Sophomore year in high school and is exploring her interests.  Ilke and Peter continue volunteering their time to Scouting in support of their kids’ goals and future.  Perhaps by adopting Scouting into their lives, the Neunteufel family has created a new legacy of Scouting for generations to come. 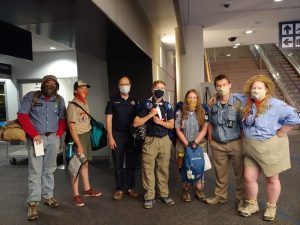 Exciting events for the benefit of Scouting programs in southwestern Connecticut.
23rd August 2022