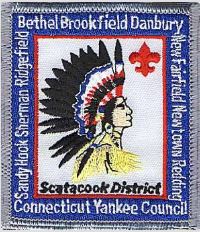 Welcome to the Scatacook District page! We are excited to bring Scouting’s mission and adventures to young men and women across northern Fairfield County. As District leaders, our goal is to ensure the growth and success of units in our great communities. We work with our chartered organizations and community groups to organize and grow Scouting units. Join us on the adventure of Scouting.

New Visitor Tip: Click a tab below to view sections of our page

Get Feed for iCal (Google Calendar). This is for subscribing to the events in the Calendar. Add this URL to either iCal (Mac) or Google Calendar, or any other calendar that supports iCal Feed.

Sequassenopoly is the must-have gift this holiday season!

Scouts and Scouters are you ‘Prepared’ to roll the dice, take risks, make your way…

Did you miss your district’s Fireside Chat with Scout Executive Mark Kraus? We know life…

Give to Scouting on #GivingTuesday 2020

A Temporary Change to the Service Center’s Operations

Scouts and Scouters are you ‘Prepared’ to roll the dice, take risks, make your way…

To Our Scouting Family, Because of the increasing rate of COVID-19 in Connecticut, Governor Lamont…

Get to know our new Scout Executive

Mark Kraus, Connecticut Yankee Council’s new Scout Executive, is excited to get to know our…

Pumped Up for The Pumpkin Run 2020

Tired of staying indoors?  Get outside and enjoy the autumn.  Walk, run, hike, or trick…

Effective October 15, 2020, cabins at Council Camps will be open and available for rental…

General Information Council Camps are open only to Connecticut based Scout units, groups, and in-council…

An Update on the BSA Bankruptcy

Dear Scouting family, As you know, the national organization of the Boy Scouts of America…

Guidelines for Unit Outdoor Programs During the COVID-19 Pandemic

Guidelines for Unit Outdoor Programs As of June 19, 2020 On June 16, Governor Lamont…

Journey Back In Time – An At-Home Cub Camp Adventure

Dear Scouting Family—   We hope that you’re safe and well. As you know, our…

Dear Scouting Family:   We hope that you remain safe and well during these unusual…

Hello Scouting Family—   We hope that you are staying safe and well. Our COVID-19…

The National Jamboree is a one-of-a-kind experience unlike anything else in Scouting. 10 days –…

Hello Scouting Family–   As Scouts, we pledge to do our duty to our community.…

A Scouting Update on COVID-19

Important Update on the Coronavirus (COVID-19)

Are you interested in attending the 2021 National Jamboree?  Connecticut Yankee Council’s contingent will have…

Thank you & Farewell to Charles Flowers

Dear Scouting Family– It is with mixed feelings that I announce that Charles Flowers, our…

Scout Night with the Hat Tricks

Learn about the adventures & opportunities at summer camp!  Adult & youth leaders as well…

Celebrate the accomplishments of our Scouts, volunteers & Council at our recognition reception. Highlights of…

Eagle Scout Donation Challenge! Calling All Eagle Scouts!  Double your donation to the council until…

Sleepover with the Hat Tricks

An update on Scouting Registration Fees

As a valued member of our Connecticut Yankee Council Scouting family, we know we owe…

Find Adventure in Scotland in 2020

Attention Scouts, Venturers and Explorers who will be 14-17 years old next summer! The Connecticut…

Nominate a Dedicated Scouter for the Silver Beaver Award

The Scouting movement has advanced through the efforts and dedication of many volunteers.  Often recruited…

Get Started on Spring Recruiting

Important Announcement on Youth Protection Training taken from Scouting U On March 1, 2019, the…

Register for 2019 University of Scouting NOW

REGISTER NOW for 2019 University of Scouting and Commissioners’ College. Saturday, March 16, 2019 at…

Congratulations to our Silver Beaver Class!

Our council is honored to have dedicated, passionate volunteers at every level. Annually, a special…

Dear Scouting Family, Scouting is an integral part of our communities and as a local,… 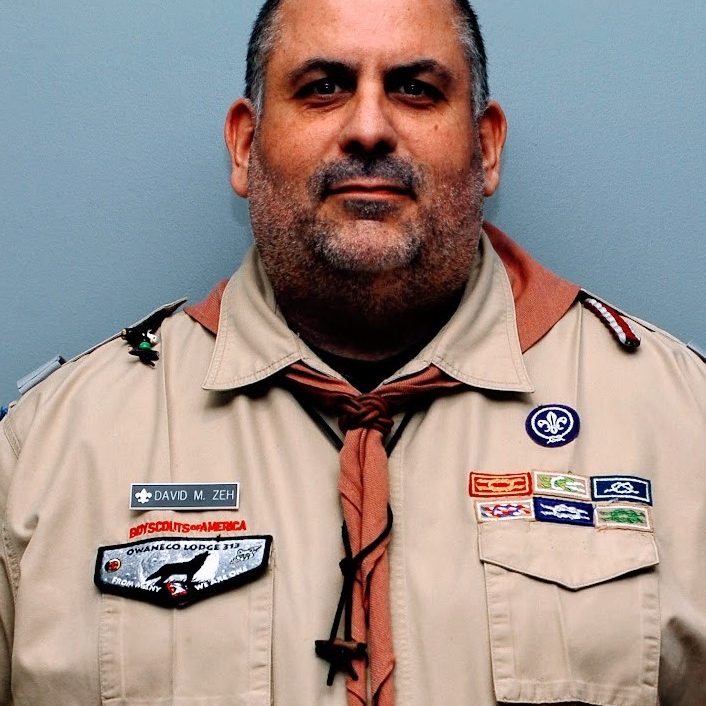 The following Scouters have received the Scatacook District Key 3 Award for Service to Youth:

The following 124 members of Scatacook District have been recognized for their service with the District Award of Merit:

Note: ^ Refers to Scouters who also have been awarded the Silver Beaver (listed below)

The following 91 members of Scatacook District have been recognized for their service with the Silver Beaver Award:

* Known to be awarded the Silver Fawn.